The next two blogs highlight two corner stores, both in the Marais in Paris and both run by passionate owners. First up Le Fromagerie Trotte - owned and operated by brother Pascal and  Jean Philippe (Trotte) who are thankfully completely submersed in the art of ageing cheese! Experts in the craft!!

This is a miniscule hole in the wall, pictures below, benefits from its own "caves" underneath where chevres and alpages Comté bloom and age uniquely. (More about Alpages later) 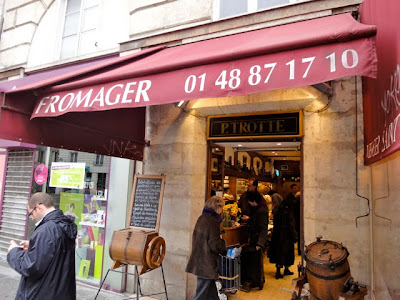 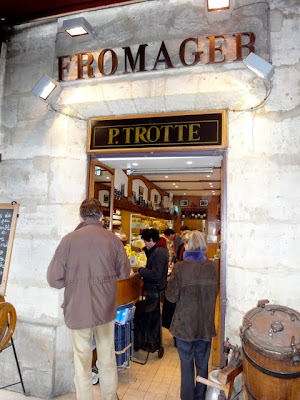 Trotte specialty is aged  Gruyère de Comté an unpasteurized cow's milk cheese from the Franche-Comté region of eastern France. Available in 12, 18 and 36 months of age. He chooses Alpages cheeses that have been made when the cows are grazing at altitude during the summer. This makes the best even better, when you then add the "taste" that the cheese gets from the particular bloom of the TROTTE CAVES you got to cheese heaven and back! 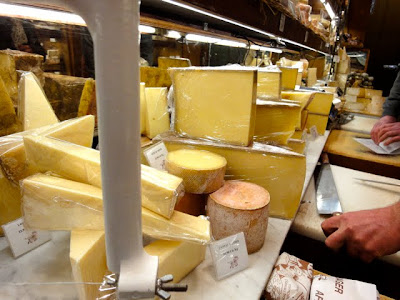 The other specialty here is goat cheese. Again, the unique effect on the cheese as it ripens in the Trotte caves is the miracle before you. 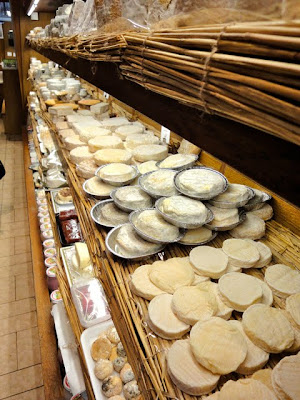 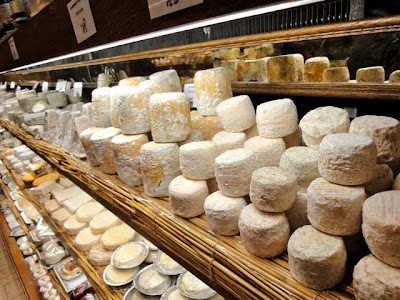 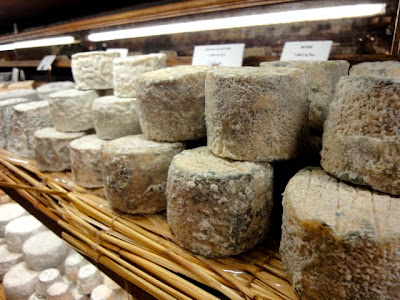 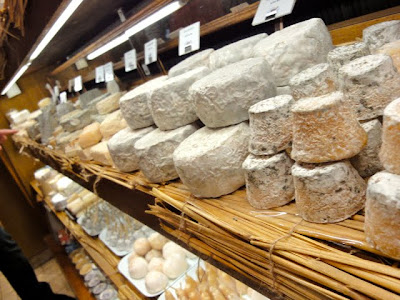 I am in love with aged goat cheese, the complexity, length and layers of the flavors linger beyond the bite. The acidity present in a young cheese is almost absent at this point, some of them will flake, chalk others will have incredible waxen depth, almost honeyed with amber notes. With all the consolidation of the various ma and pa shops in Paris, Trotte remains fiercely independent. He works with the farmers directly, visiting them,  meeting the herds on the hoof, working with the producers!!! I have learned so much from him. He introduced me to Le Vieux Berger Roquefort, here on the left below. Forget everything you have ever known about Roquefort cheese, treble it and you have this marvelous cheese. Miniscule quantities are available. It enters the mouth as a salty sharp blue, almost gritty in texture, immediately creamily melting, almost sugar like into an umami fountain of oral pleasure. Roquefort after all has the highest level of naturally occuring glutamates of any food. A world of good! 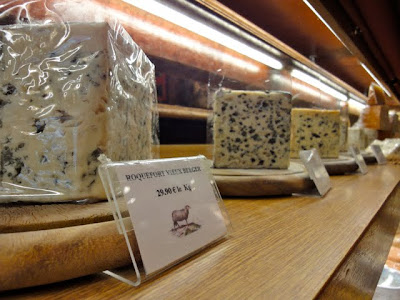 Trotte also feature Coolea which is the cheese champion of Ireland and Kerry. Stellar unpasteurised Cheddar, Stilton and Manchego complete these offerings! 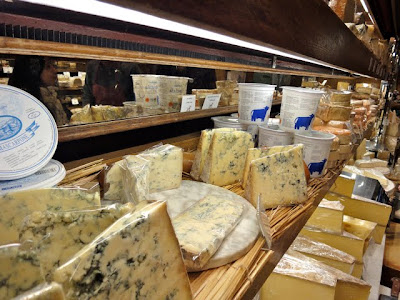